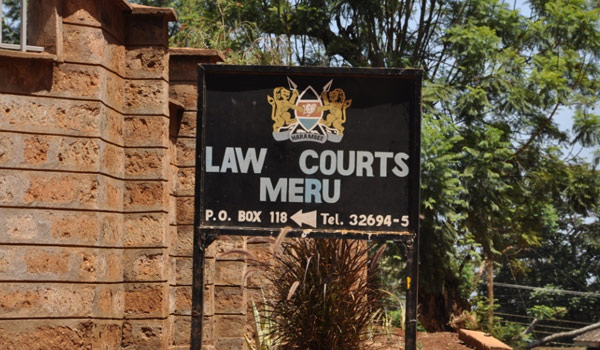 “The Court’s “160 Girls” decision is a glorious achievement – the legal system has worked and the girls know now what justice feels like; this is an invaluable accomplishment.” Mercy Chidi, the Founder and Director of the Brenda Boone Tumaini Girls’ Rescue Centre, Meru, Kenya.

The equality effect is thrilled to inform you that the 160 Girls from Meru, Kenya have made legal history – they have won their Constitutional claim against the Kenyan government. The girls successfully established that the police failure to enforce existing defilement laws, and the police failure to protect them from defilement, is a violation of domestic, regional and international human rights law. The girls have achieved access to justice for themselves, and legal protection from rape for all 10,000,000 girls in Kenya.

This legal victory would not have been possible without the financial, advisory and moral support of all the members of the equality effect community. We wanted to share it with you first – the oral decision from the Judge was released yesterday, May 27 (the release of the written decision was delayed until today because of power outages in Meru).

Every 30 minutes a girl/woman is raped in Kenya; the average age of girls targeted for rape is 10 years old, girls as young as 3 months are raped; they are often raped by men who believe that sex with a virgin will cure their own HIV/AIDS. The action was brought to ensure that rapists are held accountable for this horrific violence, and that police enforce existing laws to protect girls in Kenya from rape. FIDA (Federation of Women Lawyers) -Kenya and the Kenya National Commission on Human Rights are interested parties in this case.

This landmark ruling is the result of two and half years of legal research, collecting evidence, building networks and fundraising to make it possible (it took apx. 8 months from filing the claim to get a decision in the case; it took Jane Doe in Toronto 10 years to make this same journey – we definitely benefitted from the lessons learned in the Canadian context).

The decision by Judge Makau of the Kenya High Court is well reasoned, and well informed by submissions that were a product of the equality effect team. Makau J.A. clearly heard the girls’ stories of violence and discrimination, and responded to them. The Court found: “Police unlawfully, inexcusably and unjustifiably neglected, omitted and/or otherwise failed to conduct prompt, effective, proper and professional investigations to the said complaints. That failure caused grave harm to the petitioners and also created a climate of impunity for defilement as perpetrators were let free.”

Muthomi Thiankolu, Counsel for the girls and Ripples International, says “The decision holds the police accountable for their treatment of defilement victims – treatment that often amounts to re-victimization of the girls. The Court’s judgment breathes life into the Kenyan Constitution; the police must now enforce the laws that protect girls from rape or they will be in contempt of Court and in violation of the Constitution.”

Advancing the human rights of girls and women in Kenya and globally is an ongoing journey, but it is important to celebrate the milestones and markers of success along the way. The equality effect and the 160 Girls are enormously grateful for the tremendous support provided by the friends, partners, funders and sponsors of the equality effect. We celebrate the critical contributions made by the volunteers who helped raise the funds to make the work possible, the members of the “160 Girls” legal team who developed this test case litigation, the social workers on the front line that collected the evidence, and especially the girls and their guardians who had the strength and courage to tell their stories to the Court, and demand the recognition of their rights, and the rights of all girls in Kenya – they are the heroes of this story.

We will look forward to keeping you informed of next steps relating to “160 Girls” in Kenya (the state has 14 days to file a notice of appeal in the case), including monitoring and enforcement of the Court’s decision; and also the progress being made on “160 Girls” in Malawi.

Sign up for occassional updates and news from The Equality Effect.